What is it about bungalows?

You are here:
News 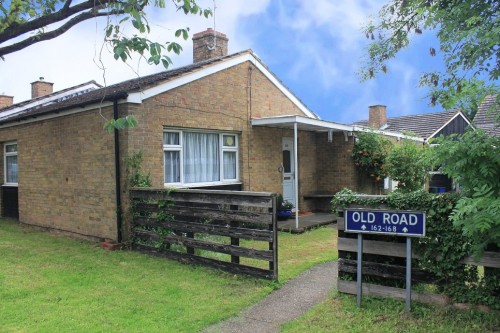 In the last few weeks I have been absolutely inundated with buyers looking for bungalows, so it led me to consider what is it about bungalows that make them so popular? I was lucky enough to recently have a lovely bungalow to sell in Old Harlow. The interest we received was phenomenal and the property sold quickly in a matter of days, achieving 10% over the asking price (happy sellers, happy estate agent, and happy buyers that they found their dream home).

In a recent survey by Policy Exchange over 30% of people surveyed said they would prefer to live in a bungalow than any other type of property. However, in recent years the number of bungalows being built has dropped to an all-time low and they are often targeted for demolition. With fears of using up even more of Britain’s green and pleasant land, planning policy has sought to create more housing at higher densities. What does this mean? More and more blocks of flats and developments full of tiny “lookalike” houses crammed in to one area. In 2012 only 2% of houses given planning permission were bungalows and with more than ever being demolished, there are now thought to be less than half a million left in England.

It’s not just dwindling numbers that makes bungalows so sought after though. An obvious advantage is for the older generation. With no stairs and easier access to all parts of the home, those less mobile will undoubtedly be drawn towards purchasing a bungalow. They’re considered easier to clean and maintain, and that a more “open plan” style of living has its appeal. What has really surprised me though is that a massive 50% of those that have registered an interest in buying a bungalow are in fact younger, first-time buyers. Bungalows often sit in larger plots with spacious gardens, ideal for those with children. The large space though, lends itself to the possibility of being developed. Many property developers are targeting bungalows as a great option to extend, refurbish and sell them on for a tidy profit.

If you’re a fan of the bungalow, the good news is that local authorities are now being instructed to build more housing which is adapted to our ageing population. Could this mean an increase in the number of bungalows in the UK? We will have to wait and see! In the meantime, if you’re a bungalow owner then I am sure you’re giving yourself a big pat on the back right now.

I would love to know what you think, are you bungalow bonkers? Why not drop me a quick email at angela@thepersonalpropertyshop.co.uk and let me know your thoughts.

Got a bungalow to sell in Old Harlow?

We help people just like you to sell their bungalows for the best possible price, in the shortest possible time frame, by using professional ‘magazine-style’ photography, offering free home staging advice and using the most innovative marketing strategies. To book a free valuation, give us a call on 01279 719193 or drop us an email at info@thepersonalpropertyshop.co.uk.

Search for something specific